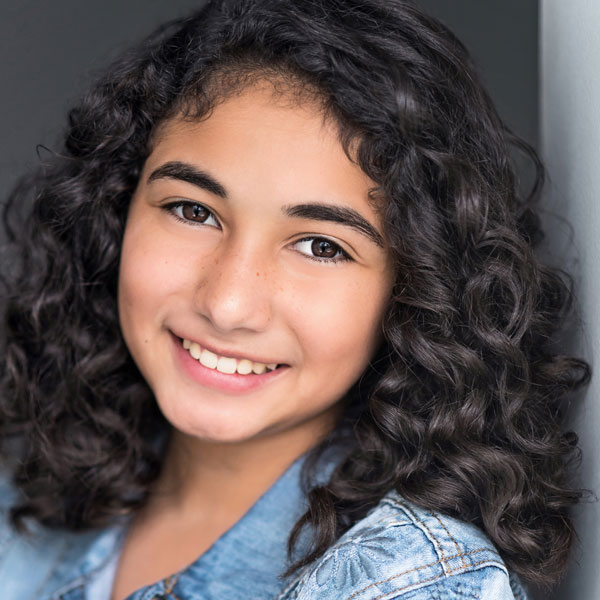 Gabriella has been acting since the age of five. She loves meeting new people on set and making lasting friendships. Her dream is to be cast on a comedy show because she loves to act silly. She studies acting with a private coach as often as possible. Gabby wants to go to college to study history in hopes of becoming an archaeologist.  Not only does she act but she is does competitive power tumbling, trampoline and double mini placing 5th in the nation for tumbling two years in a row.